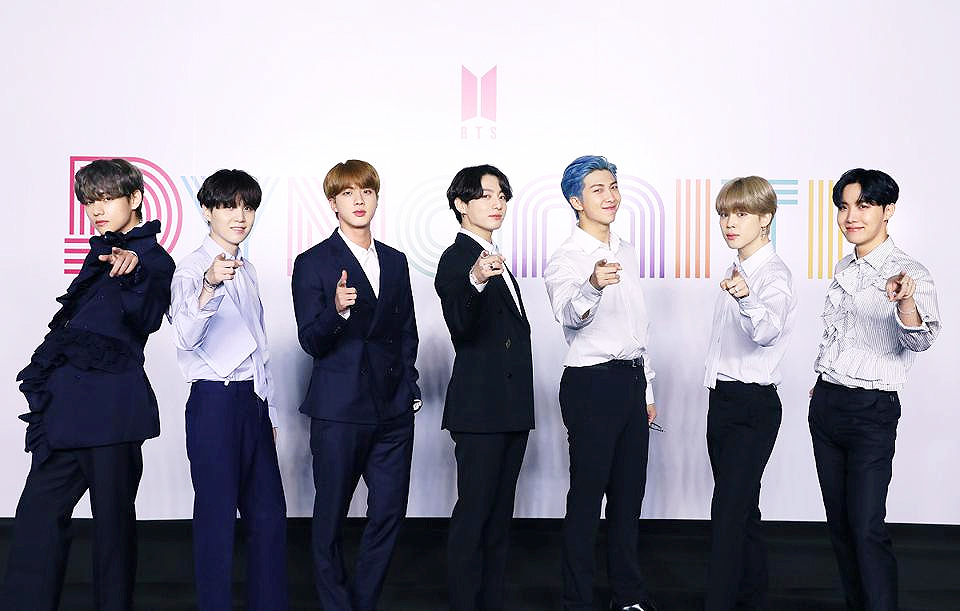 BTS stands for their full name, Bangtan Boys which means those created as Bulletproof Boy Scouts. The name was explained to represent how the group will be those that block out “stereotypes, criticism and expectations that aim on adolescents like bullets”.

Accordingly, their music takes on an edgy feel as they sing about issues that pervade the minds and lives of teens and young adults who are listening to their music. They began their preparation to debut in 2010 and finally made their first song and activities in 2013 with the entertainment company Big Hit Entertainment.

Currently, they have 7 members. These seven members were originally more on the genre of hip hop, but the group has soon evolved to be a very musically diverse and varied group because of the members’ talents and genuine love of music. The lyrics are often written by the members themselves and have a lot to do with social issues and personal issues. 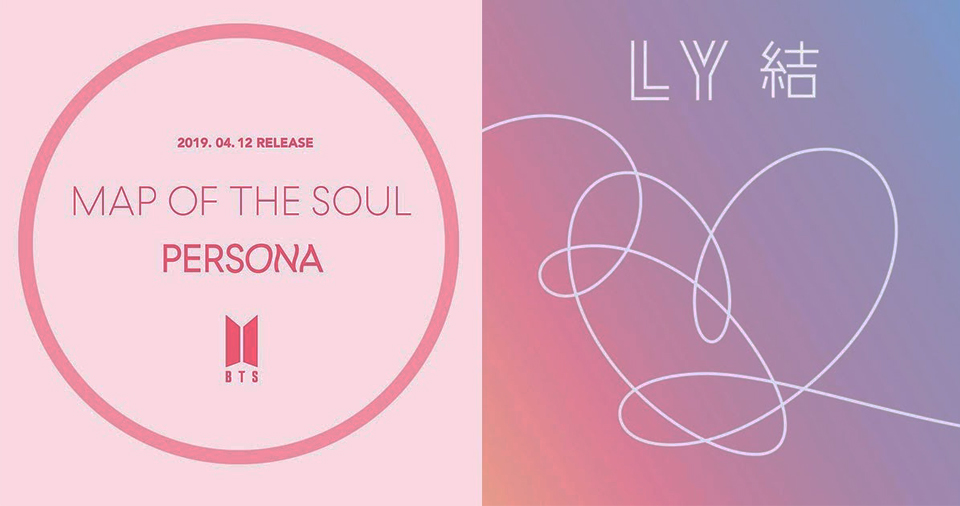 There are songs that talk about mental health issues, loss that people experience throughout life, the difficulty of finding or even loving oneself, feeling rejected or not accepted by mainstream community or society and etc. Because of these topics, they have experienced great success amongst Korean music lovers and now, international’s. They have sold over 20 million albums on the Korean music charts and now hold the record as the best-selling artist in South Korean history. They also have the recognition of the international music community as the second best-selling artists of 2018 world wide.

and other mini-albums and singles that have also been released not only in Korean, but in Japanese. With their growing international popularity, it wouldn’t be surprising to see them try to make an entry into the US market and have even an all-English mini album or digital single be released soon. Because their fan base is international, BTS has to cover a lot of different languages when they go on tours, do interviews with local reports, or connect and communicate with their fans. In return, their fans show a great interest in learning the language of Korean and more about Korean culture and heritage. 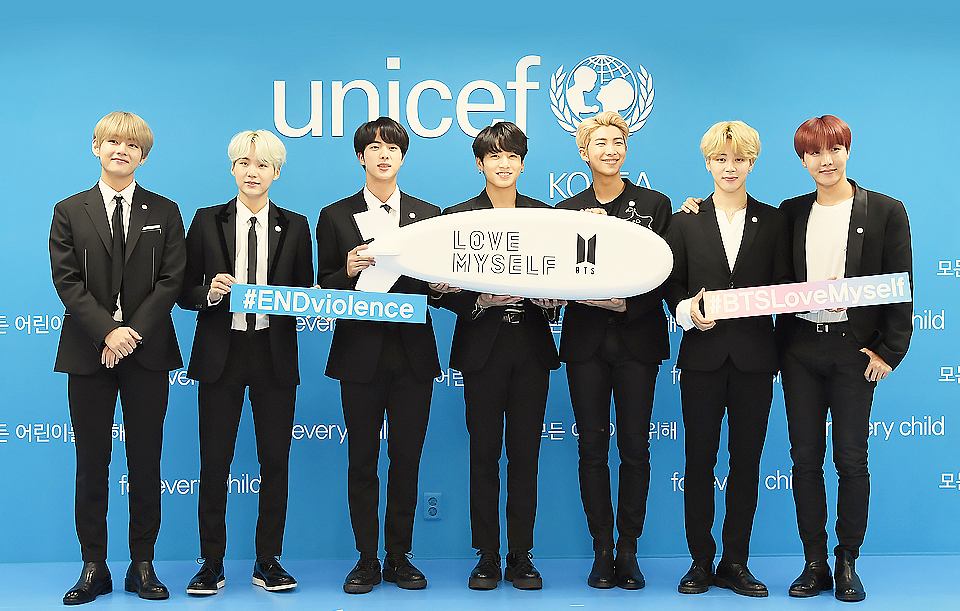 Their images as a social issues conscious group have allowed them to become ambassadors of social campaigns, such as Love Myself, an anti-violence campaign with UNICEF. They received several awards, such as the Order of Cultural Merit in South Korea because they have also been active ambassadors of Korean language and Korean culture.

One way you can see their impact is not only in their sales, but in their fashion choices and how that affects the purchasing decisions of millions of fans world wide. When BTS members step out in Hanbok, Korean traditional attire, for example, it has fans clamoring to know what unique outfit they are wearing and to be interested in finding out more about the Korean traditional fashion styles that they are emulating today.

They have been active in giving back to the community by engaging in various philanthropic campaigns.

Especially in Korea, philanthropy or donation by celebrities is a common practice and stars are praised for doing so. BTS in particular has donated a lot of their income to charity. For example, they donated roughly $88,000 in conjunction with their entertainment company, Big Hit Entertainment, towards the 4/16 Sewol Families fund for Truth and a Safer Society, a group that was created in response to the 2014 sinking of MV Sewol where hundreds of students drowned. Each member donated about a tenth of the total amount, with their management company donating a total of 30% of the donation amount.

They have also contribute to causes that are about social justice and equality, such as the Stevie Wonders tribute to MLK and the ALS hospital building fund. There are many great things to say about BTS and their contributions to Korean and the International society. This is one of the many reason that their fans love them so.

Although the group is well-established now and greatly successful, they have over 3 years of being trained and going through a tough process of even being able to make it to their initial debut. How was the group dynamic when they first met and got together? What were their first impressions of one another? That’s something that fans have always wondered about and now, we are able to have some clear answers from a recent interview that they gave!

As the boys reminisce about their first meetings, let’s see: what were their first impressions of one another?

BTS’s First Impressions of One Another

First impressions are powerful, and while BTS has certainly made a huge impression on the culture, by and large, most of us have not stopped to consider their first impressions of each other. They’re as close as a family now, but how were things in the beginning?

When Jungkook first met RM, he wasn’t wearing any pants. He remarked that he was impressed by his powerful thighs.

Jin remembers the funny dance RM was doing the first time he saw him.

Suga remembers J-Hope being incredibly tan when they first met – the most tan person he had ever met.

Jimin recalls the unique clothing worn by Suga at their first meeting – an ugly sportssweater with a smiley face.

Jin recalls Suga was wearing a hat similar to the one he was wearing, but with a feather. They roast him saying that his style has not changed in all this time.

V remembers the unique habits of Jungkook when he was young, where he’d fix his bangs with a special hair spray. The members remember making him pay for their food as was the tradition.

Jimin remembers being fearful of of Jin in their first encounter and thought he was a “scary person.” Jin quietly listened to this recollection before bursting into laughter.

The members remember V wearing an expensive red North Face jacket. He says his mother got it for him so he would stand out and not be bullied when he moved to Seoul.

The rise of BTS: Why did they become so popular?

You may have missed

The 6 Hottest Models From Korea