Let’s confess, we’ve all been hooked to a few TV dramas every now and then. The right plot and setting really just get to us in a certain way that we can’t stop watching it.

Well, if you’re in with the trend, you’ll know that Korean dramas are very popular nowadays. Even though it’s in a different language than most of us can’t even understand without subtitles, we’re just really hooked to it.

There’s a certain something that we really can’t pinpoint with K-dramas that people just really can’t stop loving it. May it be the gorgeous people who portray the roles, the plot that makes it very interesting, or the setting and graphics that make the K-drama very beautiful. We’d always enjoy a K-Drama every now and then.

But then there are the Korean dramas that you watch once and their charactrs, plot, and memoral scenes never leave you. You’d watch again and again — to cry, laugh, cheer, and hiss at the villain character — and love it every single time.

These are our favorite Korean dramas of 2019-2020; see why these 8 dramas will leave you entranced with KDrama. 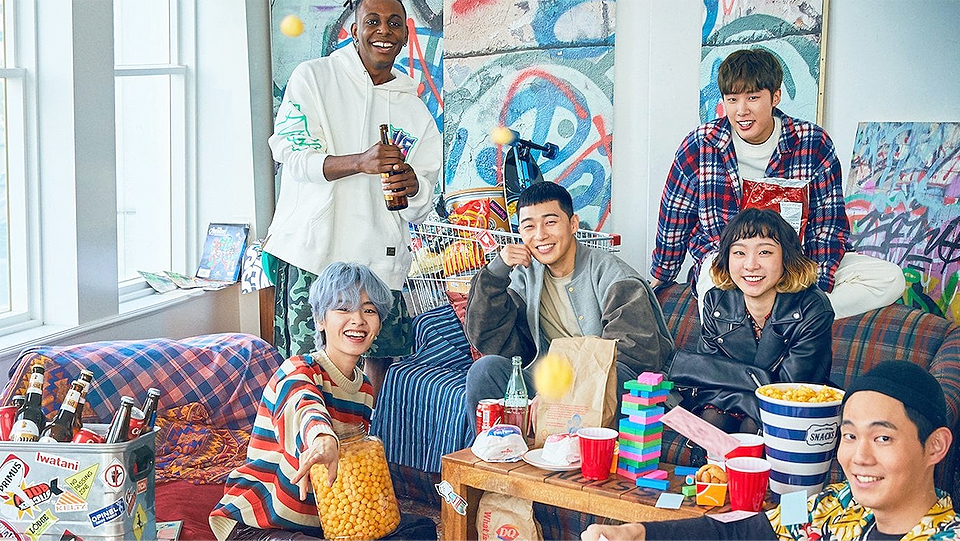 Itaewon class is a Korean drama based on a webtoon with the same name. It tells us the story of an ex-convict named Park Sae-ro-yi. His entire life changed when he was expelled from his school for punching his bully and when his father was killed in an accident. Just as his dad would do, he opens up his own bar-restaurant called DanBam or Honey Night in Itaewon. Together with all his staffs and his manager Jo Yi-seo, he goes up against a well-established food company as he strives to achieve success.  It was released on January 31, 2020 and was completed on March 21 of the same year. It had 16 episodes and 70 minutes for each episode. 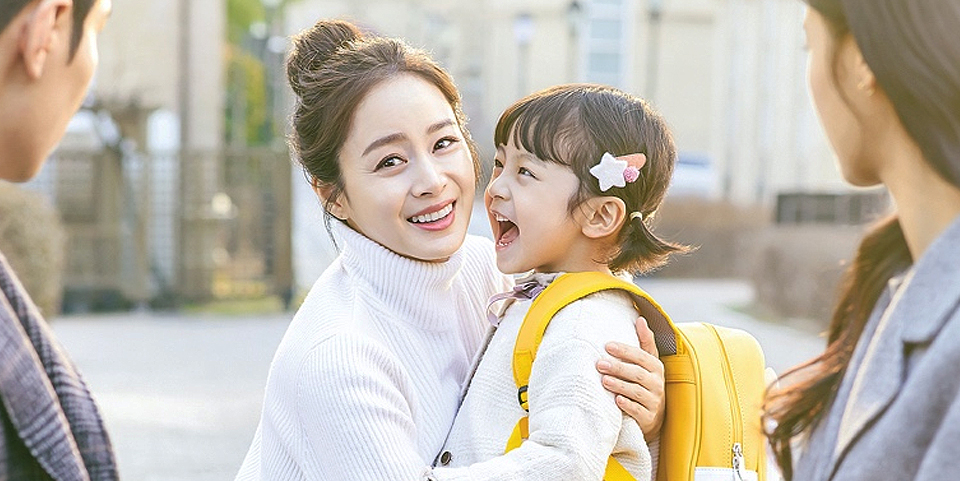 If a fantasy drama about a mother who just wants to live with her family again is your cup of tea, go ahead and watch the Korean drama ‘Hi Bye, Mama!’ It revolves around the story of Cha Yu-ri who has been a ghost ever since she died 5 years ago in a tragic accident. She is given a possibility to become human again through a reincarnation project given that she goes back to her place within 49 days. She is faced with a lot of problems such as her husband getting remarried.

The main characters are Chae-Yu-ri played by Kim Tae-Hee, Cho Gang-hwa (Yu-ri’s husband) portrayed by Lee Kyu-hyung, and Oh Ming-jung (Gang-hwa’s new wife) played by Go Bo-gyeol. This drama aired from February 22 to April 19 of this year but you can watch it in Netflix. In early production, the drama was supposed to be called “Goodbye Eomma.” It has 16 episodes in total that is usually an hour to one and a half hour in length for each episode.

5. The World of the Married 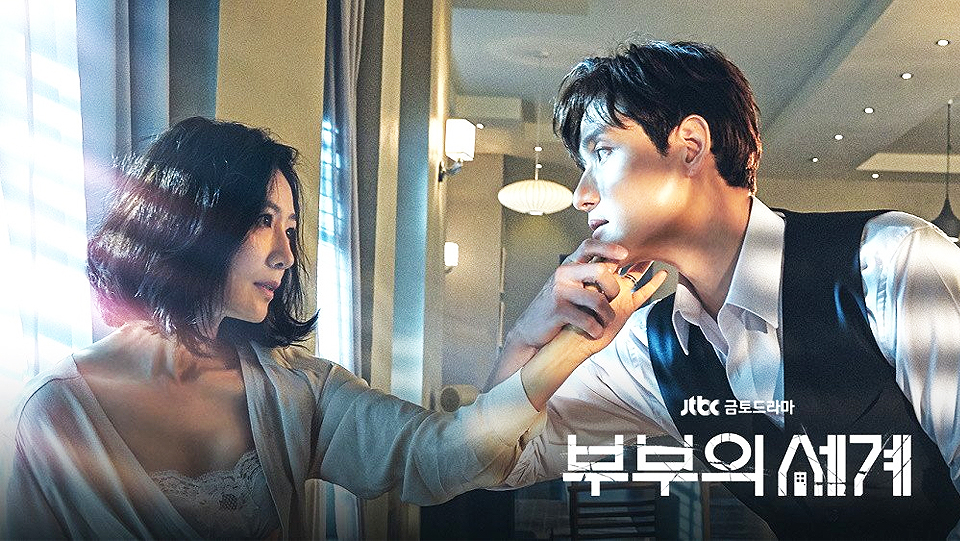 Want to know what goes on in the crazy lives of married couples? Go ahead and watch the Korean drama “The World of the Married.” The story goes around the story of a Ji Sun-woo and Lee Tae-oh, and their bizarre life a married couple. Ji Sun-woo is a doctor for Family Medicine and an associate director at Family Love Hospital. She lives a blissful married life with her husband Lee Tae-oh and their teenage son Lee Joon-young. She seems to be living a perfect life with a loving family and a successful career but what she doesn’t know is that there’s trouble brewing up with a betrayal from her husband.

Meanwhile, Lee Tae-oh is dreaming of becoming a successful movie director. He has a small entertainment and film agency with the support of his loving wife but he’s about to put himself in trouble with an extramarital affair he has with Da-kyung. The main characters are Ji Sun-woo who is played by Kim Hae-ae, Lee Tae-oh who is played by Park Hae-joon, and Lee Joon-young who is played by Jeon Jin-seo. This drama is based on Doctor Foster, a BBC One drama series. This is a multi-awarded drama that won a lot of awards such as Best Director and Best Actress on the 56th Baeksang Awards. This drama has 16 regular episodes and 2 special episodes. The regular running time of each episode is from 75-92 minutes. 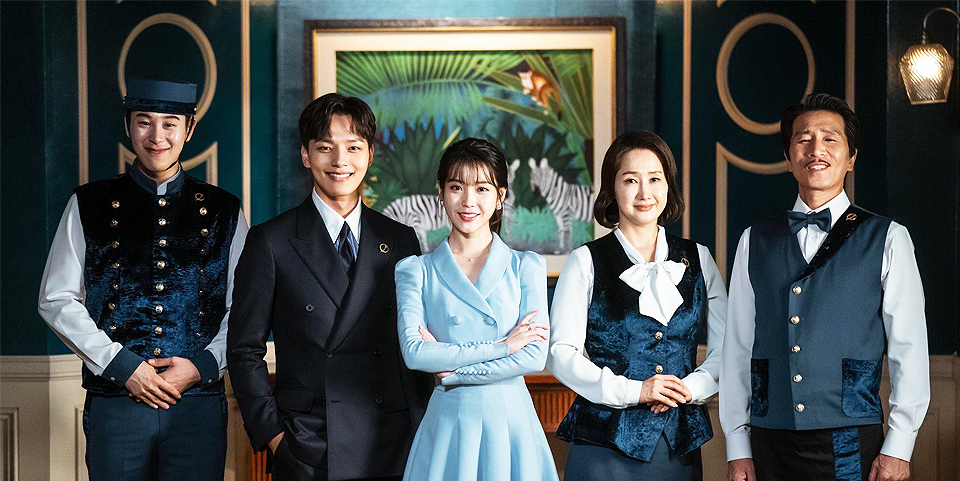 If you like K-dramas, dark fantasy, horror and thriller, Hotel del Luna is your type of drama. This drama revolves around the “Guest House of the Moon” hotel, a place where the supernatural exists. This is a very special hotel that cannot be seen in its true form as humans can only enter in it with an invitation or during a lunar eclipse. All of the people inside, even the staffs, are ghosts or restless souls with unfinished business in their former lives. The hotel is where they stay and when they have settled all their grudges on Earth, they will pass on to afterlife on reincarnation. The only exception to the all ghost situation in the hotel is the manager. This role is only filled by humans through succession as there are things that they need to do which has the need to interact with the real world.

The owner of this hotel is Jang Man-wol and the hotel is currently known as “Hotel del Luna.” Due to the manipulation of the deity Mago, Jang met Gu Chan-sung’s father. She made a deal with him that includes money. In exchange, Chan-sung must work for Man-wol after 20 years. When he realized his fortune, Chan-sung’s father went abroad and took the young man with him where he grew up to be a kind-hearted perfectionist. After his death, he returns to South Korea to take on his role as an assistant manager at a multinational hotel corporation. Upon his return, he met Man-wol and he ends up fulfilling the agreement his father made with her.

He eventually became the hotel’s manager. These roles were portrayed by Lee Ji-eun as Man-wol (mostly known as I.U.) and Yeo Jin-goo as Chan-sung. This K-drama ran from July 13 to September 1, 2019. It’s the most viewed tvN drama of 2019. It had 16 episodes with 73-94 minutes each. 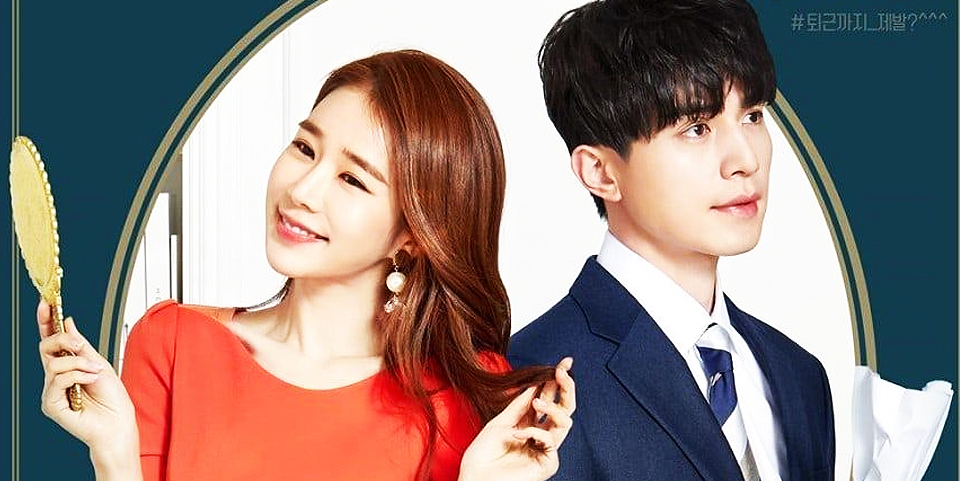 If you have already watched the K-drama Goblin, I’m pretty sure you loved the relationship of Grim Reaper and Sunny. Have you ever tried imagining the two of them in a role of a lawyer and an actress who are all loved up? One answer: “Touch Your Heart.” It’s a Korean drama where Lee Dong-wook and Yoo In-na had a chance to work together again as a love team. It revolves on the story of Oh Jin-shim, a Korean actress who goes by her stage name Oh Yoon-Seo. She was involved in a scandal that dealt a big damage on her career which left her jobless for 2 years.

Vying for a lawyer role in an upcoming television series, she wanted to gain experience at a law firm. She agreed to be the secretary of a lawyer called Kwon Jung-rok, a very workaholic person who never seems to lose a case and cares deeply about the reputation of his law firm. This Korean drama ran from February 26 to March 28, 2019. It has a total of 16 episodes with an hour length for each episode. 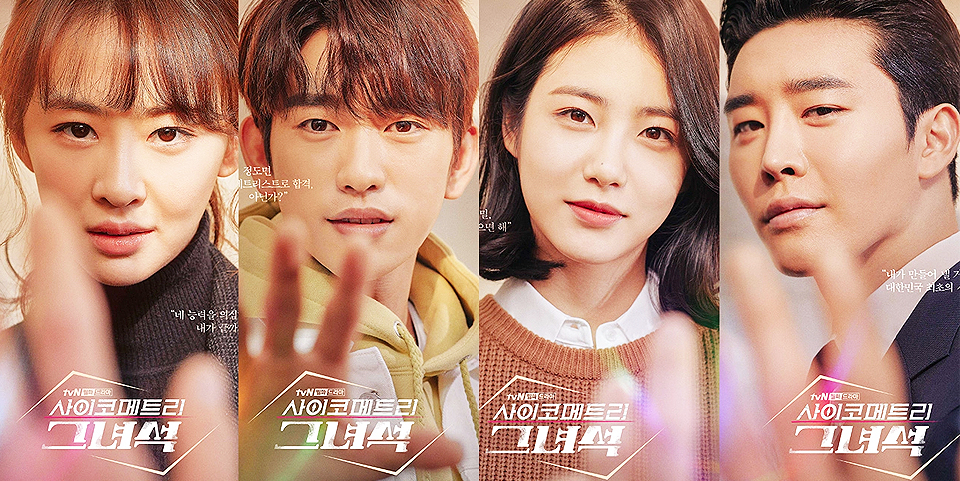 Are special powers your thing? “He is Psychometric” is the K-drama for you. The plot starts when Lee Ahn lost his parents due to a fire, he started become psychometric or have the paranormal ability to know one’s past through physical contact. He meets Yoon Jae-in, a person who tried very hard to keep her past a secret. Together with some of the closest people to the two of them, they try to solve an important case that has been haunting Lee Ahn, Kang Sung-mo, and Yoon Jae-in’s lives. The case they’re teaming up to solve is about the fire incident that cost the lives of Ahn’s parent. Lee Ahn and Yoon Jae-in catches the culprit behind the incident and heal each other along the process. 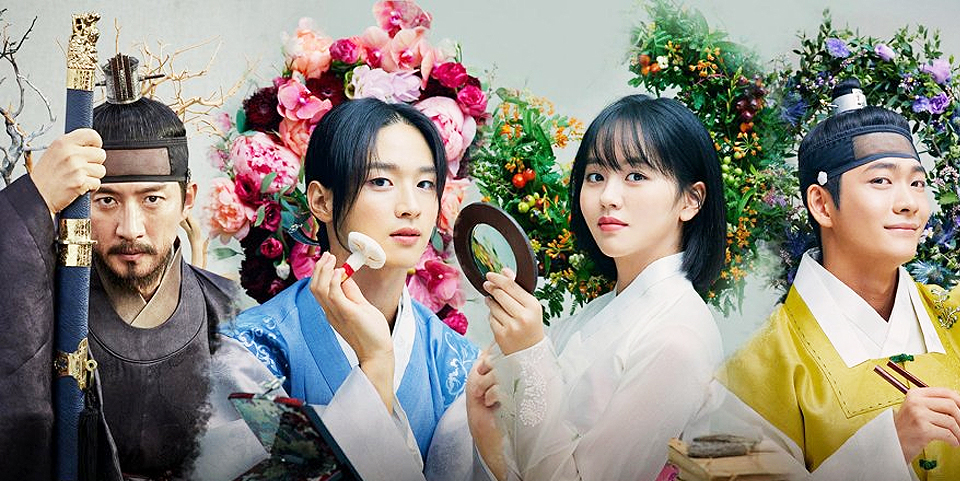 Remember Mulan, a woman who pretended to be a man to save his father? If you liked that story, you’ll surely love the K-drama “The Tale of Nokdu.” This is a drama series that was set in the Joeseon dynasty in Korea. The drama revolves on the story of Jeon Nok-du, a smart and athletic man who dresses himself as a woman and guised himself as the widowed Lady Kim Nok-soon or Yeon Soo. He did this to find out the truth about his birth. The story also tells us the story of Don Dong-joo or Yoo Eun-so, a kisaeng trainee who is very clumsy and has a very short temper. She has no skills in performing arts but she is known to be an artisan.

She uses her skills to create a concealed weapon to take a revenge on the person that wronged her family. The role Jeon Nok-du was well portrayed by Jang Dong-yoon even though it’s a very challenging role. Kim So-hyun also portyared the role of Dong Dong-joo very well. The Tale of Nokdu ran from September 30, 2019 to November 25, 2019. This drama has 32 episodes, twice the average number of episodes for a Korean drama. Each episode is 35 minutes long. 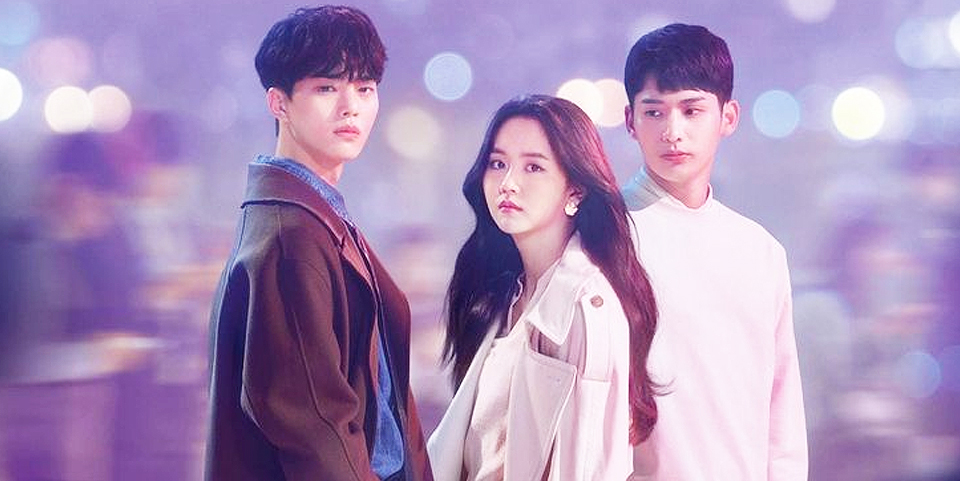 Did you ever imagine how it will be like if we had technology to find out if someone likes us? Well, thanks to “Love Alarm,” now we can imagine it. This South Korean drama has a plot that revolves around a form of technology with an application that enables users to know if someone within a 10-meter radius has romantic feelings for them as they will receive a notification through it. It also involves the story of two best friends who happen to like the same person.

The drama’s main characters are Kim Jo-jo, Hwang Sun-oh, and Lee Hye-young. They are portrayed by Kim So-hyun, Song Kang, and Jung Ga-ram respectively. This drama made their premiere on August 22, 2019 and has been very successful, thus renewed for a new season on October 29, 2019. The first season only has 8 episodes which made viewers want for more on the second season. The average running time of each episode is 42 to 56 minutes, just on the average running time of K-dramas.

25 Must-Watch K-Dramas of All Time

You may have missed

The 6 Hottest Models From Korea